As a response to this entry, at a site I will from here on out refer to as Rebranded Anime Blog, I’ve put together a list of redeeming features of various not-so-high quality anime. It reflects on the fact that nearly everything bad has a redeeming feature, though it’s hard to say that they actually make it any good. 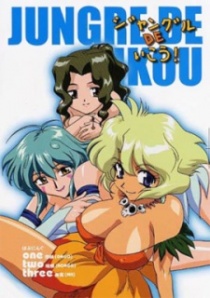 Jungle de Ikou is the current holder of my lowest score on MAL. Sure there’s not much of substance beyond the fanservice which serves as the sole purpose of this OVA. The redeeming feature of this comes from my effort to find it rather than the disappointment of watching it. It took several weeks of exploring various avenues in the days before torrents existed, but the process of exploration enabled me to find other stuff much easier. Nowadays, you can go to your preferred torrent site, type in what you want and be on your way. You kids don’t realize just how good you have it. 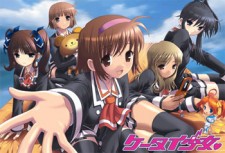 Keitai Shoujo has a much more interesting way of redeeming itself, more as a sociological exercise than for its actual content. The show started with five small little episodes focusing on each of the five heroines who each conformed to general harem archetypes. After the five episodes aired, the most popular character on an internet poll would get an epilogue episode. So the audience chose…the almost silent shy girl who liked animals. 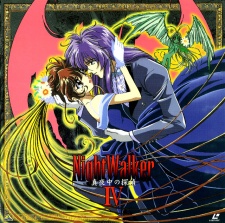 NightWalker gets a mention simply for the lessons it teaches from its last episode. Throughout the classic horror stories that pass for plot in the first 11 episodes, the former high school student Miho gets more attached to the vampire Shido who turned her into a vampire as well. The final episode looked set for an absolutely astonishing bad ending with Shido ending up alone after Miho had killed everyone he had loved. Alas, it was a dream sequence. Thankfully, the implied second season never got made. 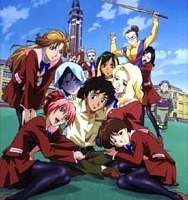 St. Luminous Mission High School has a perfect harem set up with someone who would be described as a trap, though the lead knows the whole time. Instead the male student turned chairman of a girl’s school ends up getting involved in a horribly written exercise in metaphysics. Still, I believe it an example of a good character being dragged down by the sheer terribleness of a plot. 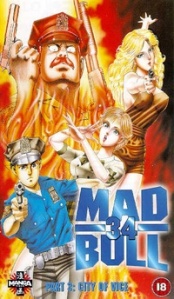 With Mad Bull 34, the redeeming factor is much simpler. The fight on the train in the first episode in the dub version raises the bar so incredibly high on unintentional comedy. Watch it here and especially look at the way Curtis is killed off.

I’ll leave it here as I could go on about pretty much anything generally considered to have no redeeming factors, but my flu medication is wearing off.

2 thoughts on “Redeeming Factors Are Everywhere”